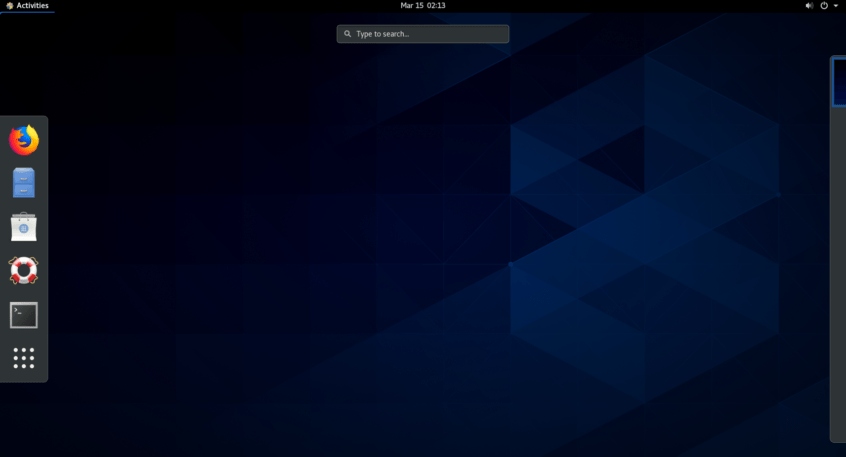 I have covered few blog posts in the past about installing VM’s such as Centos, Ubuntu, Windows on different hypervisors. However, installation of CentOS 8 on vmware workstation was totally different story.

Guess what ?, The installation didn’t succeed.

during the installation process, I got an error message that said section %packages does not end with %end.

That’s not good, and after some trial and error I found a way out to install CentOS 8 on Vmware workstation pro 15.5 successfully. So lets get started.

What version of Centos good for me?

We all know the recent announcement from Redhat that they no longer support centos 8 after dec 31st 2021. The decision made many users frustrated, some of them even decided to switch to Ubuntu which is another Debian distro.

Those who wanted to spin up the Centos 8 VM in a VMware workstation can still go ahead and start using that, however, I would recommend using Centos 7 that is based on RHEL 7 because it has a long-term maintenance update till June 30th, 2024.

Again, the question is based on your requirement, if you are a developer who wanted to build software for centos 8 and move them to Red hat 8 in the production, then you may think about alternate options for the long run.

But for me, I am a network engineer and I wanted to build some labs and stuff that doesn’t necessarily affect the decision made by the RedHat.

Once you have made up your mind, you can go ahead and download the respective ISO image by following the link below.

After clicking the above link, Click on the 8 tab, and choose x86_64, that would take you to the download page.

Based on your location, you may choose the download link.

As you can, this file is about 8GB in size, and depends on your internet speed, it does take some time for you to download the image. So choosing the download mirror near your location is very important. I have got 3 links in my region and I have chosen the best one from the link after checking the speed test. So you may test them out before you begin the download.

On the same mentioned above, you have to click on 7(2009) tab, and below that you should be able to see the ISO, click on x86_64. That would take you to the download mirror link.

After you chosen the download mirror link near to your region, click on download on the ISO file, unlike Centos 8 the Centos7 size is smaller, but still 4.4 GB, however you can also choose the everything file that is a bit bigger in size.

What is the minimum requirement to run Centos in VMware workstation.?

To get a decent performance, it is recommended to have at least 2Gigs of RAM and 1 CPU core, and 10GB of HDD. Yes, you can still use the minimum requirements such as 1GB of ram and less storage but you won’t get better performance if you wanted to multitask. If you can add more nothing like it.

I always prefer to build the VM with the best configuration possible that way, I don’t have to bother to reconfigure the system resources again while I am working in the middle of a project. So based on your requirement, assign the required memory, CPU, and hard disk.

You can always make changes later though.

For me, I need to test some SNMP configurations and network bridge adapter configuration, so I have chosen 2GB of RAM and 2 CPU Core, and 30GB of HDD.

Just in case if you are wondering, I have machine with i7 CPU and 32Gigs of RAM that runs windows machine alongside Ubuntu, so whenever I wanted to test something out with KVM I can use Ubuntu and when it comes to using VMware workstation and some windows software’s I can use windows operating system. I have covered, how you can install windows 10 alongside Ubuntu on this ariticle.

Setup the network for the Centos VM

Before you begin the installation, it is very important that you decide what kind of network adapter that you wanted to use.

For most users, the default NAT adapter would work just fine. Meaning, they might want the guest machine to access the internet so by default the VMware workstation would choose the NAT as the adapter, which basically translates the guest OS address to the host address and can go out to the internet. But if you try to access the Guest OS from the host machine, it would not work. So you need to have another option.

The solution is either switch between these adapter or use both the adapters, that way you can access the internet via the NAT adapter and access the host only adapter if you wanted to share some files locally to the Guest machine or vice versa.

And the final one is bridged adapter.

How to install Centos on Vmware workstation pro ?

Step 1. Creation of the CentOS VM.

The first step of the process is the creation of the VM instance.

Step 3. Select the version of the operating system.

Since I did not select the ISO image during the installation, I would have to manually select the version of VM that I am going to install.

In the Guest Operating system menu, select Linux as the operating system and from the version drop-down select CentOS version 7 64bit and click on Next.

You can name it whatever you like for the guest OS. I have named it as CentOS 8 and selected a different location where I wanted to install the operating system.

Step 5. Specify the Storage for the CentOS.

On the Specify Disk Capacity window I am leaving everything as default including the storage size as 20 GB and click on next. You can change it depends on the storage capacity that you have.

Step 6. Configure the Memory for the Guest OS.

By default, the VMware workstation would pick the Memory as 1024 MB and the CPU as 1. I am not so happy with that hence I decided to change, so click on customize Hardware..

If you would like to keep the same default value, you may do so.

Once the installation is completed you may go ahead and Reboot the machine by clicking on reboot.

This time you would get a full screen windows as compared to previous small windows during the installation steps. You would have to accept the license agreement by clicking on License Information.

And once you are done with post installation steps, you would be presented with the screen that says You are ready to go.

Congrats! You have now successfully installed Centos 8 on Vmware workstation pro 15.5. In case if you have further questions, let me know in the comments section below.