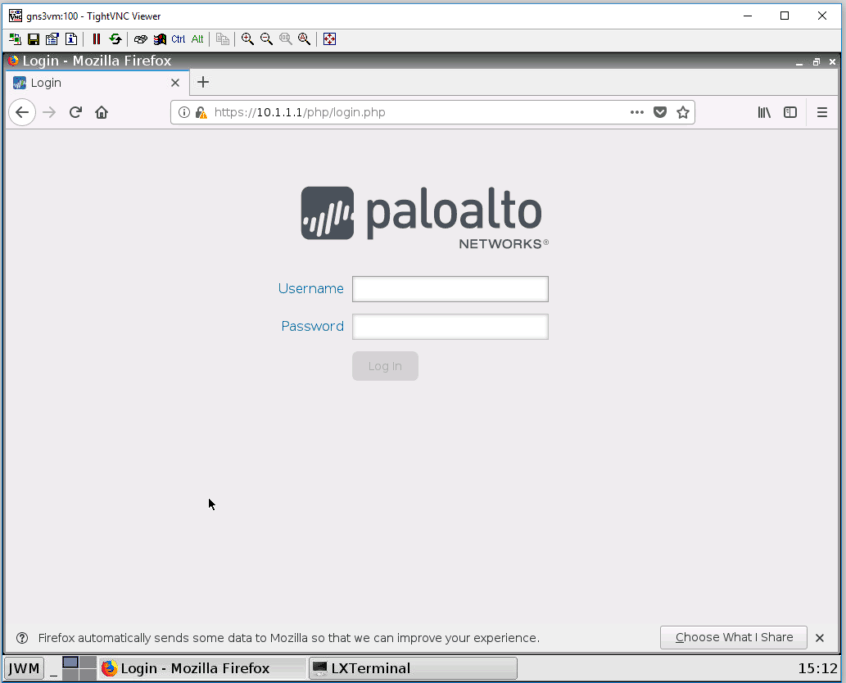 When you wanted to practice Paloalto lab by yourself, you have got multiple options.

You could try physical gears if you can afford one, else virtualize them.

There are things that may not work when you try to install the Paloalto at first by yourself in Gns3, I am going to close all those gaps and get you up and running in this lab guide and saves you a lot of frustration and time.

Before you start there are certain prerequisite for this lab

You need to have,

Steps to install the Paloalto firewall on Gns3.

Note: I hope you have installed gns3 along with Gns3 VM on your MAC or Windows machine.

Note: Don’t worry about the vmdk extension though we have qcow2 file, it would work just fine.

Step 3. Change the console for Paloalto firewall in gns3.

You have now installed the Paloalto firewall Vm in gns3, and it would start to work now, however, there is one more change you have to do.

While installing the Paloalto VM we installed with the telnet as the console, that’s good but the telnet doesn’t work well with the device hence I am going to change to VNC as the console. Personally I had lot of issues with telnet in Paloalto which doesn’t show proper output on the window.

Alright, you have now successfully installed the firewall lets go ahead start the network configuration.

Note: you may have to wait for some time as the booting of the VM completely would take about 5-10 minutes, during this time if you try to login to the device you may end up getting an error that says ‘login incorrect’ which is expected.

Well, we configured the management IP address of the firewall and it all looks good but how do we access the Paloalto GUI in Gns3?

Open the Webterm and you would have an IP address 10.1.1.10 configured.

Like Loading...
Want to learn SD-WAN in GNS3 ?This video series will show you step by step guide on Nuage SD-WAN lab in Gns3.

Subscribe to alert as soon as it is available